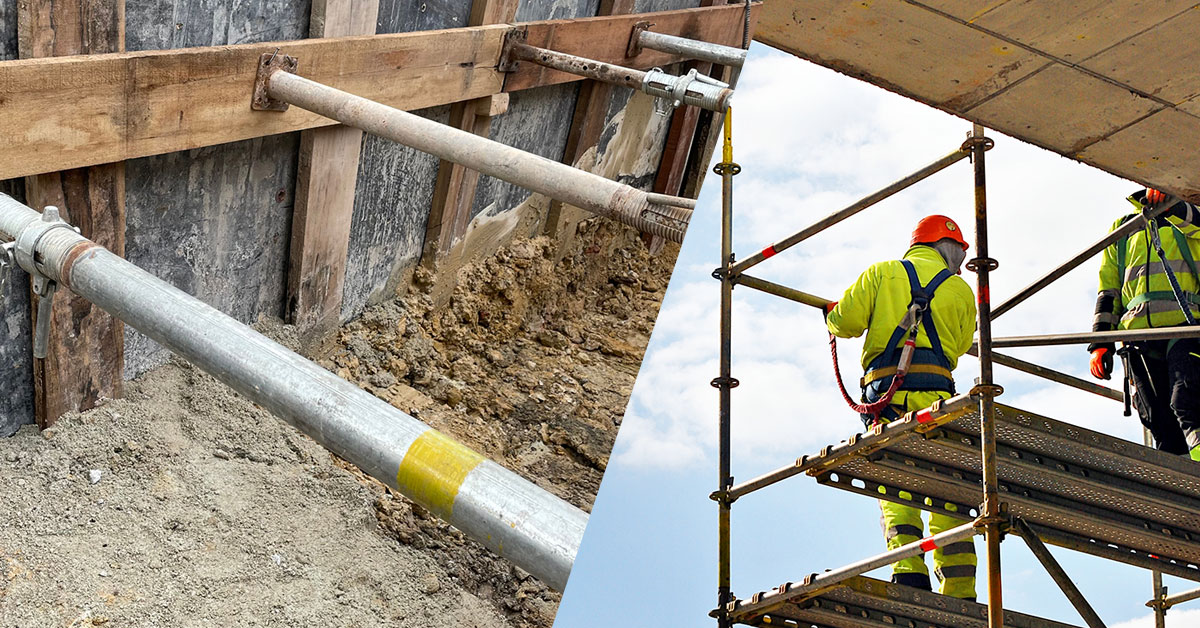 Shoring and scaffolding are two separate systems used in the construction and engineering industries. It’s important to understand the differences between scaffolding and shoring for several reasons. The purpose of the system affects the safety factor, fall protection requirements, manufacturer guidelines, and other aspects of safe use.

Here’s a quick look at the difference between scaffolding and shoring to prevent any potential confusion.

Definitions of Scaffolding and Shoring

According to the American National Standards Institute:

To elaborate, scaffolding is a temporary system built alongside a structure for the purpose of elevating workers, materials, and equipment so that construction, renovation, repair, or demolition work may be performed.

Shoring is a temporary system that supports a structure during construction, renovation, repair, or demolition work.

Primary Purpose: The Difference Between Scaffolding and Shoring

The easiest way to understand the difference between scaffolding and shoring is the main intent of the deck (platform). If the primary purpose of the deck is for workers to stand on it while performing tasks, it’s a scaffold; if the deck is mainly in place as part of the formwork that shapes and supports the structure being built or worked on, it’s shoring.

Some standard types of scaffolding include:

Some standard types of shoring include:

Trekker Distributor has everything you need, offering the most efficient, reliable systems and expert support.