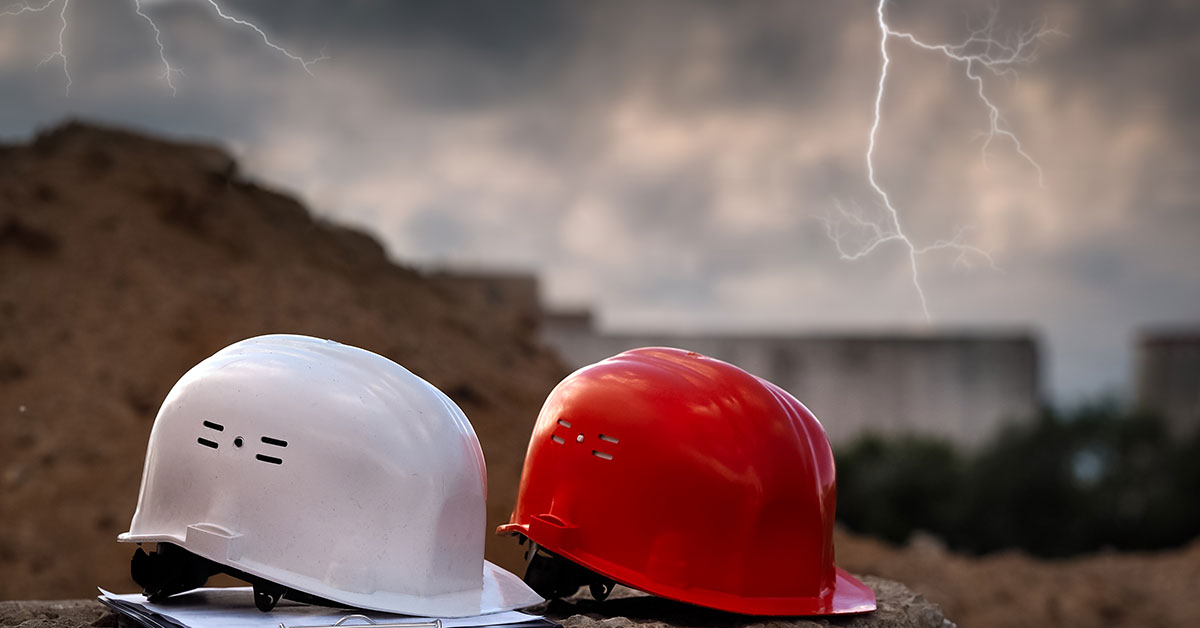 Lightning safety at the construction site isn’t one of the hazards people tend to be most concerned with. After all, lightning only strikes about 300 people per year in the US, making it a relatively rare occurrence with long odds. Of those 300 victims, about 10 percent are killed, while many of the others suffer lifelong disabilities.

Regardless of the odds, it’s important to take lightning safety at the construction site seriously. This is particularly true in Florida, the state where people are most often struck by lightning. Some simple precautions can prevent tragedies.

Below are some key pointers for minimizing any risk of you or any worker at a job site getting struck by lightning.

Lightning Safety at the Construction Site

Don't miss any of our original content about job site safety! Subscribe to get it all in a convenient monthly email.