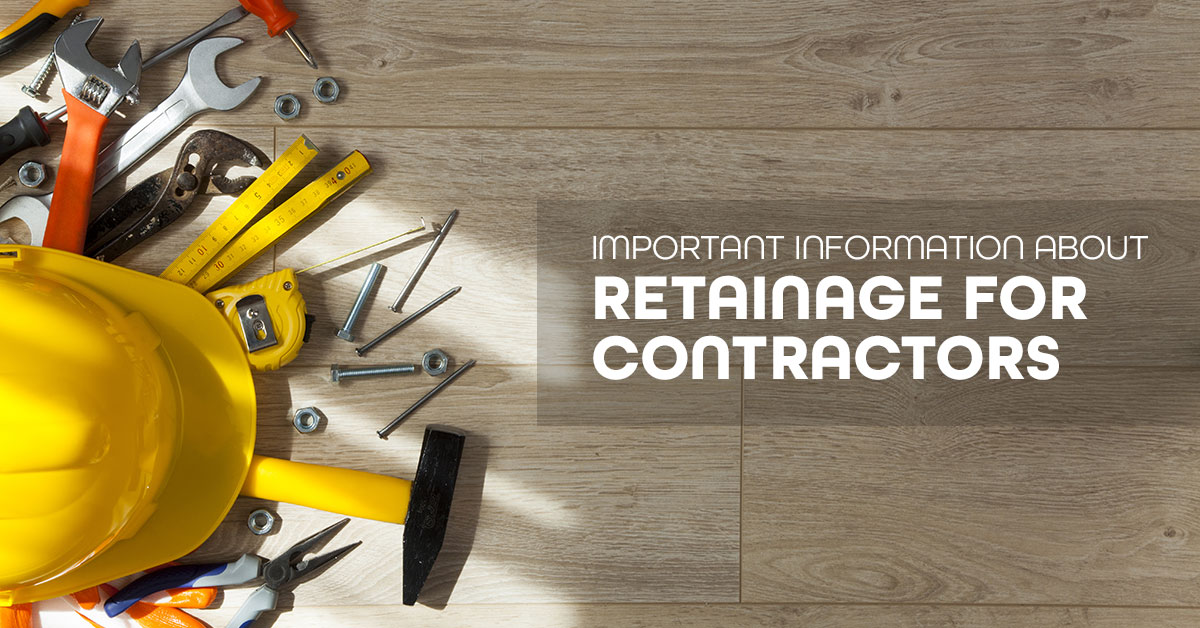 Retainage, also known as retention, is a common practice in the construction industry. It refers to withholding a percentage of the contract price until a later date. It’s done to offer the owner some protection, and to give contractors extra motivation to finish the job to spec. But it can be an added burden on contractors—and especially subcontractors at the end of the pay chain—who already often have great difficulty managing cash flow. Also, some unscrupulous owners do try to take advantage of retention. So, here’s some information about retainage for all contractors to be aware of.

Don't miss any of our original content for contractors and subcontractors! Subscribe to get it all in a convenient monthly email.